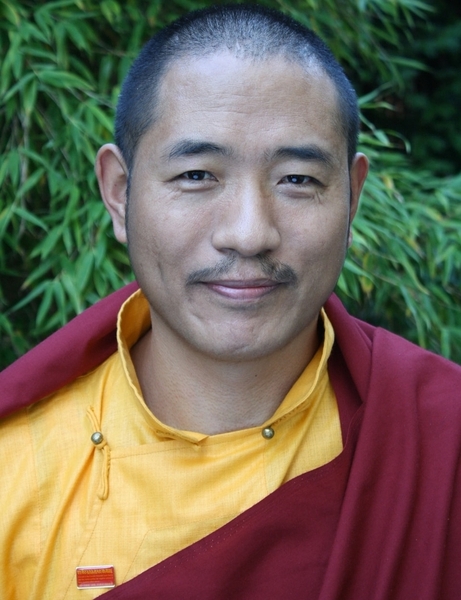 29 September, 2009
To my faithful Dharma companions who are connected by the positive karma and aspirations [we have] accumulated in the past:
About twelve years have passed since I arrived abroad. During that time, in order to benefit the people and their [various] countries, I have established new Dharma centers and shown – by way of the true Dharma – those [actions] that are to be adopted and abandoned according to [the teachings on] karma and its results.
Furthermore, according to the hopes and wishes of my students, a few Dharma centers have been established in countries in North America, Europe and Asia.
Having established these centers, to look after and preserve them is my duty. As such, at the present time, I have determined to appoint Drubpön Lama Tsering as my representative in Europe. As I have passed on all responsibilities to him, I believe that he will become an authentic guide in terms of the true Dharma. As Lama Tsering has been with me from the age of eight until now, [I recognize] his wish and experience to bring benefit to others according to [the diverse kinds of] phenomena and individuals. Thus, I ask that the students and administrators of the Dharma centers that have a loving connection with me consider and assimilate the meaning of this.
When, through Lama Tsering, I have become aware of and understood whatever difficulties and wishes you have, I will give whatever help and assistance I can.
As for [my] centers in [various European] countries – the group of German centers, Drigung Trilokyanāth Ling in Spain, Drigung Ratnashrī Ling in Ukraine, and Drigung Mahāyana Ling in Russia – I believe that authentic practice will come about by way of the utterly pure special intent of the students and administrators of those Dharma centers that have such an affiliation [with me, and by] the guidance given by Lama Tsering.