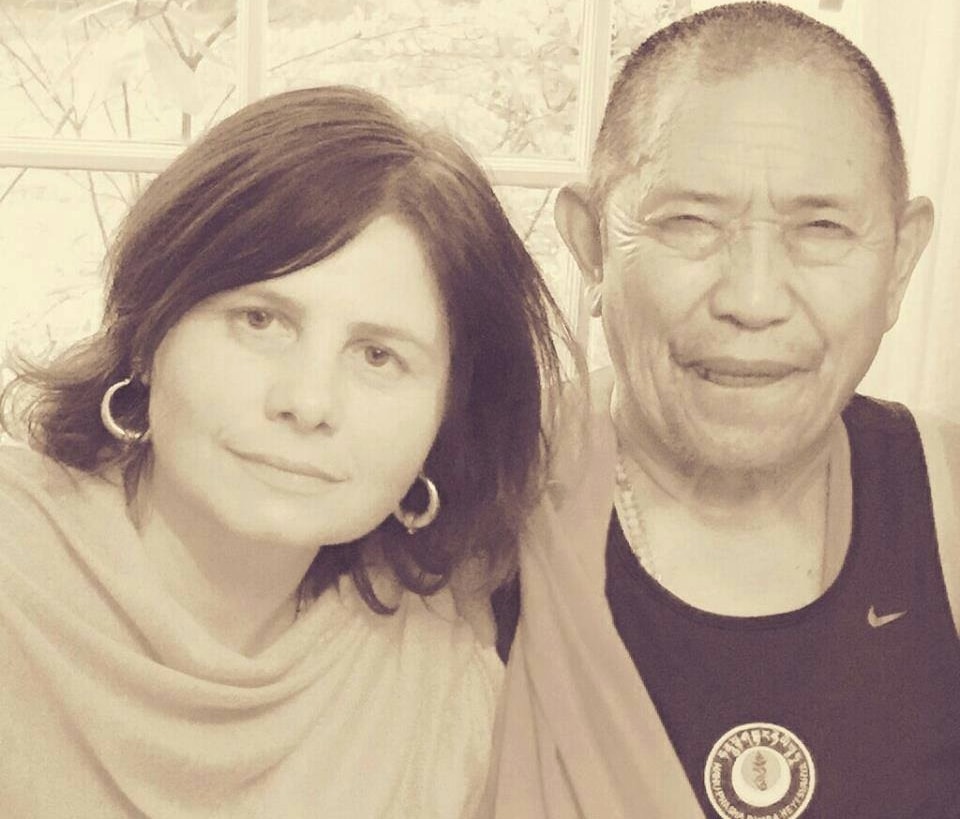 After completion of four years of retreat in July of 2009 Lama Dawa Zangmo (Zhuravka Dazang) was appointed as a spiritual guide of Ukrainian Ratnashri sangha by H.E. Garchen Rinpoche.

«To Whom It May Concern:

Zhuravka Tonkovyd has been practicing the Buddha dharma since 1995,when she was given the refuge name Dawa Zangmo by Lama Namse of the Karma Kagyü Lineage. Since then,she has received numerous teachings, transmissions and empowerments from lamas of the Nyingma, Drigung and Karma Kagyü lineages.

Since we met in 1997, Dawa Zangmo has relied on me as her root lama, receiving empowerments, pith instructions and introduction to the nature of mind.

During that time, she has engaged in a number of retreats at the Garchen Institute in Arizona, USA: contemplative retreats on the four thoughts that turn the mind, the preliminary practices of the Drigung Kagyü, and the traditional Drigung three-year retreat, which includes the practices of the Fivefold Mahamudra and Six Yogas of Naropa. At present she is completing a fourth year of solitary retreat, in which she has refined the disciplines of the previous three years.

Dawa Zangmo has completed these trainings well, gaining both understanding and direct experience. For this reason, I have asked her to guide and instruct the disciples in Ukraine in their understanding of Dharma; and to look after their needs as practitioners. Because of her efforts in practice and her accomplishments, I think it is appropriate for Dawa Zangmo to engage the activities of a lama and to be given the title ‘lama.’