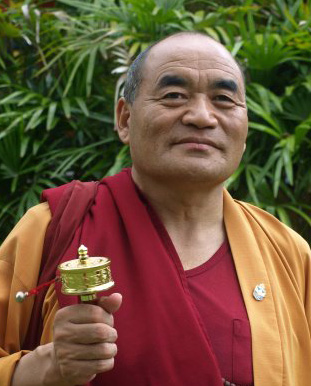 I want to express my deepest concern about the welfare of all of you in Ukraine, as Russia is attacking your country. I will be praying for you every day and performing rituals for the swift end to the violence in your country and your healing now and in the future. At this time, more than ever, I hope you recollect refuge, bodhichitta, and the Buddha’s teachings. It is important to remember karma, cause, and effect. Due to the collective negative karma accumulated by beings in this world over countless lifetimes, we find ourselves in a degenerate era where people attack each other and engage in the terrible actions of war. This is the result of negative actions. At this time, it is critical to remember cause and effect, so that we do not commit further negative actions to make the situation worse. Hatred has no benefit.

Those that attack us, we think of as enemies. When people engage in such atrocious actions of war and violence, we must understand that they are doing actions that will only result in future negative effects. Thus, we should regard such individuals that engage in such behavior as being mentally ill, doing things that harm themselves in this and in future lifetimes. If these people really understood cause and effect, they would never engage in such negative actions. Thus, our enemies are really sick and mentally ill, under the delusion of their own afflictive emotions and ignorance.

When we recognize that our enemies are overcome by afflictive emotions, ignorance, and delusion, we should generate compassion for them. We should make the wish that they are swiftly freed from afflictive emotions, ignorance, and delusion. By regarding our enemies and all sentient beings with love, compassion, and bodhichitta, we overcome the temporary obstacle of negative circumstances in our practice.

Right now we have a choice. If we react in fear and anger, this can lead to more negative results that will just end up causing future suffering for ourselves and others. If we can instead cultivate patience, love, compassion, and bodhichitta towards all beings, especially our enemies, then we transform negative circumstances into the path. Even though beings may attack and try to harm us outwardly, when we inwardly abstain from anger and cultivate love, every situation becomes a part of the bodhisattva’s practice.

In such times, take the bodhisattva vow again and again. Make the commitment to never abandon bodhichitta. Read the thirty-seven bodhisattva practices and merge the meaning of it with your mindstream. Do not give into afflictive emotions that lead to the lower realms. Do not lose your practice to outer negative circumstances. Practice giving and receiving (tonglen) to take on all the suffering of beings and send them happiness in return. Pray that all beings, both friends and enemies both go to Dewachen and not the lower realms.

Go for refuge in the Buddha, dharma, sangha, gurus, yidams, dakinis, and dharma protectors. Recite the six syllables of Om mani peme hung, the mantra of the great compassionate Chenrezig, and Om tare tu tare ture soha, the mantra of Tara. Do the practices of the purification of negative karma and healing rituals for all beings. If you are a secret mantra practitioner and you know the practices to remove obstacles, perform them. In short, the key point is to not let outer negative circumstances over power your mind. I will be praying for you all. May you live long!

This letter was orally transcribed and translated by Eric Fry-Miller, according to Traga Rinpoche’s wishes. 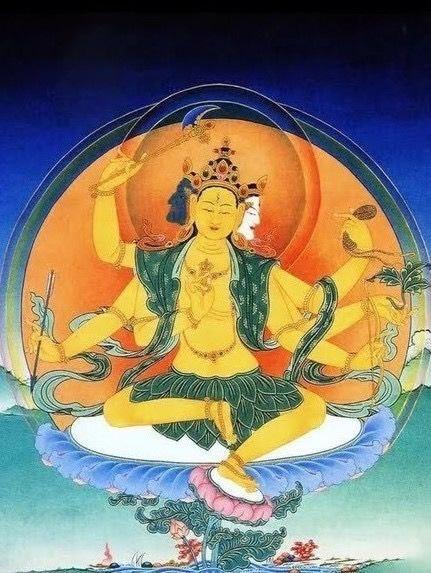 Praise to Parnashavari Who Eliminates All Diseases

In order to pacify disease, His Holiness the Drikung Kyabgon has urgent call up for all the Drikung Kagyu Centers around the world to chant Praise of Mother Parnashavari. It is stated in the teachings of Lord Jigten Sumgon that Parnashavari mantra is very effective and powerful to bring down the disease under control during the outbreaks of epidemic.

May all being be swiftly get free from the disease. 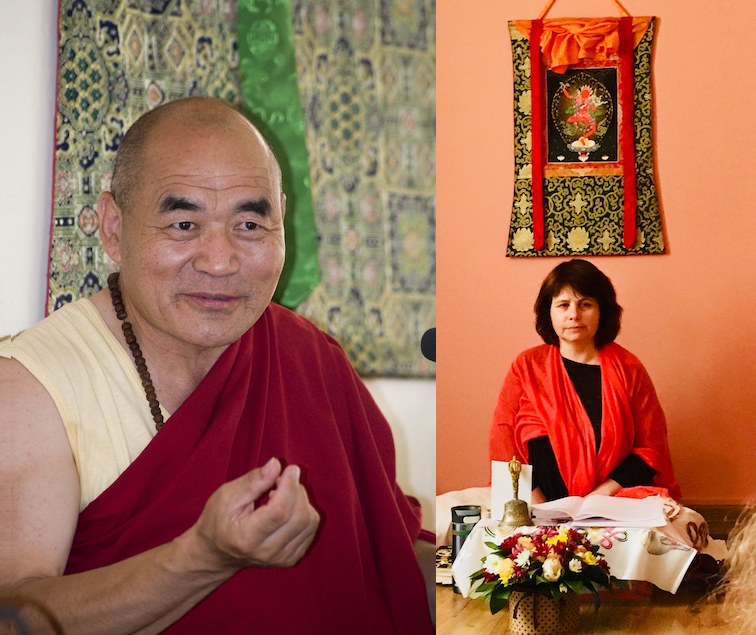 Venerable Traga Rinpoche was Lama Zhuravka’s Retreat Master while she was engaged in the four year retreat at the Garchen Buddhist Institute in Arizona. Traga Rinpoche is an accomplished Dzogchen and Mahamudra master. He has received profound foundational as well as the most advanced teachings from some of the greatest living masters of Tibetan Buddhism including His Holiness Chetsang Rinpoche, His Eminence Garchen Rinpoche, Khenchen Jigme Phuntsog and many others. He has completed over 10 years of retreats. The great Nyingma Master Khenpo Munsel gave him the detailed Dzogchen teachings. Traga Rinpoche did retreat near Khenpo Munsel for seven years, and practiced Tregchöd, Thögal, and other advanced practices.  Traga Rinpoche served as a Retreat Master at GBI until 2009, then he returned to Tibet. A trip to Ukraine will be Rinpoche’s first visit to Europe and in general his first departure from Asia since 2009.

Space is limited, so it is very important to register if you plan to attend the teachings:

If you wish to become a sponsor for these precious teachings, please, email us at [email protected] 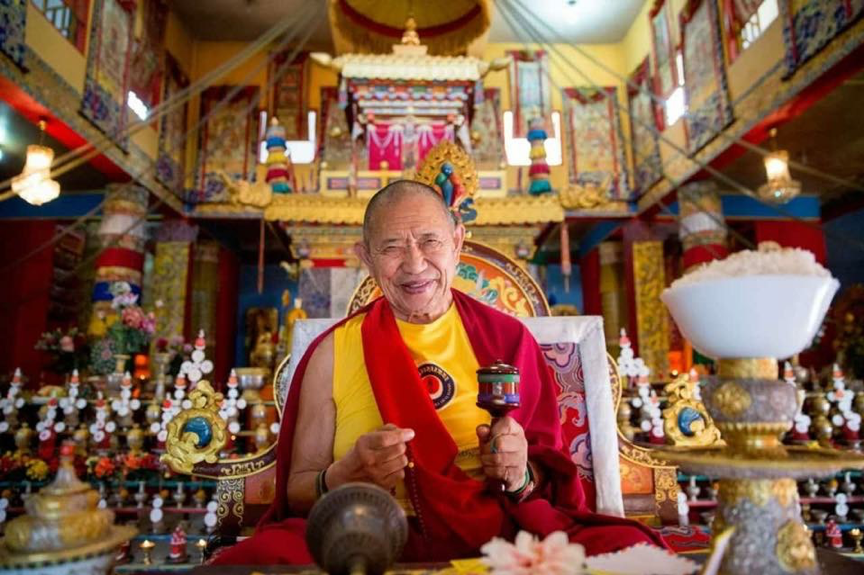 His Eminence Garchen Rinpoche is a Drikung Kagyu Lama who was known in the thirteenth century as the Siddha Gar Chodingpa, a heart disciple of Kyobpa Jigten Sumgon, the founder of the Drikung Kagyu lineage of Tibetan Buddhism. In ancient India, he had incarnated as Mahasiddha Aryadeva, the lotus-born disciple of the great Nagarjuna. In the seventh century, he was known as Lonpo Gar, the minister of the Tibetan Dharma King Songsten Gampo.

Garchen Rinpoche is known for his vast realization, as well as for his great kindness. He is greatly respected and renowned as the great yogi of the modern times.

This time Garchen Rinpoche’s teachings will be dedicated to Jetsun Milarepa. Jetsun Milarepa was a tantric master and a major figure in the history of the Kagyü schools of Tibetan Buddhism. He is said to be one of the greatest yogis who carried on Marpa’s transmission lineage of mahamudra and moreover to be the greatest poet of Tibet. His “hundred thousand songs” which express his life story as well as the tantric teachings in verses are renowned.

When Milarepa practiced black magic, he brought deaths upon many people. His teacher Marpa caused him to remove this accumulated bad karma by working hard. Only after the consequences of Milarepa’s negative deeds were removed, Marpa granted him the special tantric teachings, that he himself had received from Naropa and other masters. Milarepa’s most famous disciples were Gampopa and Rechungpa. 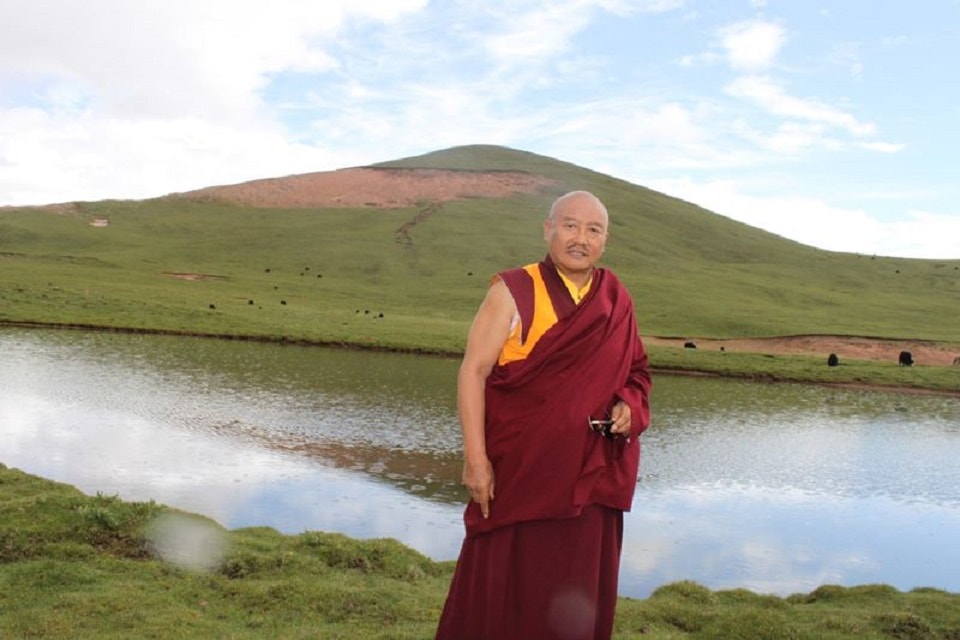 We are glad to announce Chakrasamwara empowerment and teachings with Venerable Lamchen Gyalpo Rinpoche in Kiev in July.

Drikung Lamchen Gyalpo Rinpoche was born in 1939 in the Nangchen region of eastern Tibet as the reincarnation of Lama Phurga (1883-1938).

“Presenting himself in many appearances” Gyalpo Rinpoche was a regional lord/administrator, he is also a Tulku, a monk, was a bureaucrat, and a lama in different aspects while dwelling in the same unchanging essence. 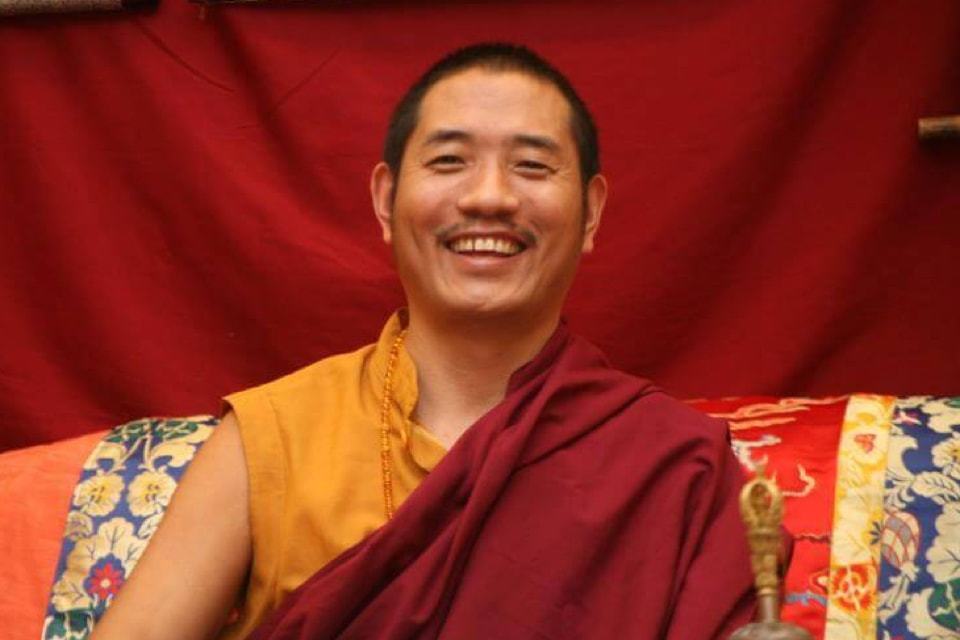